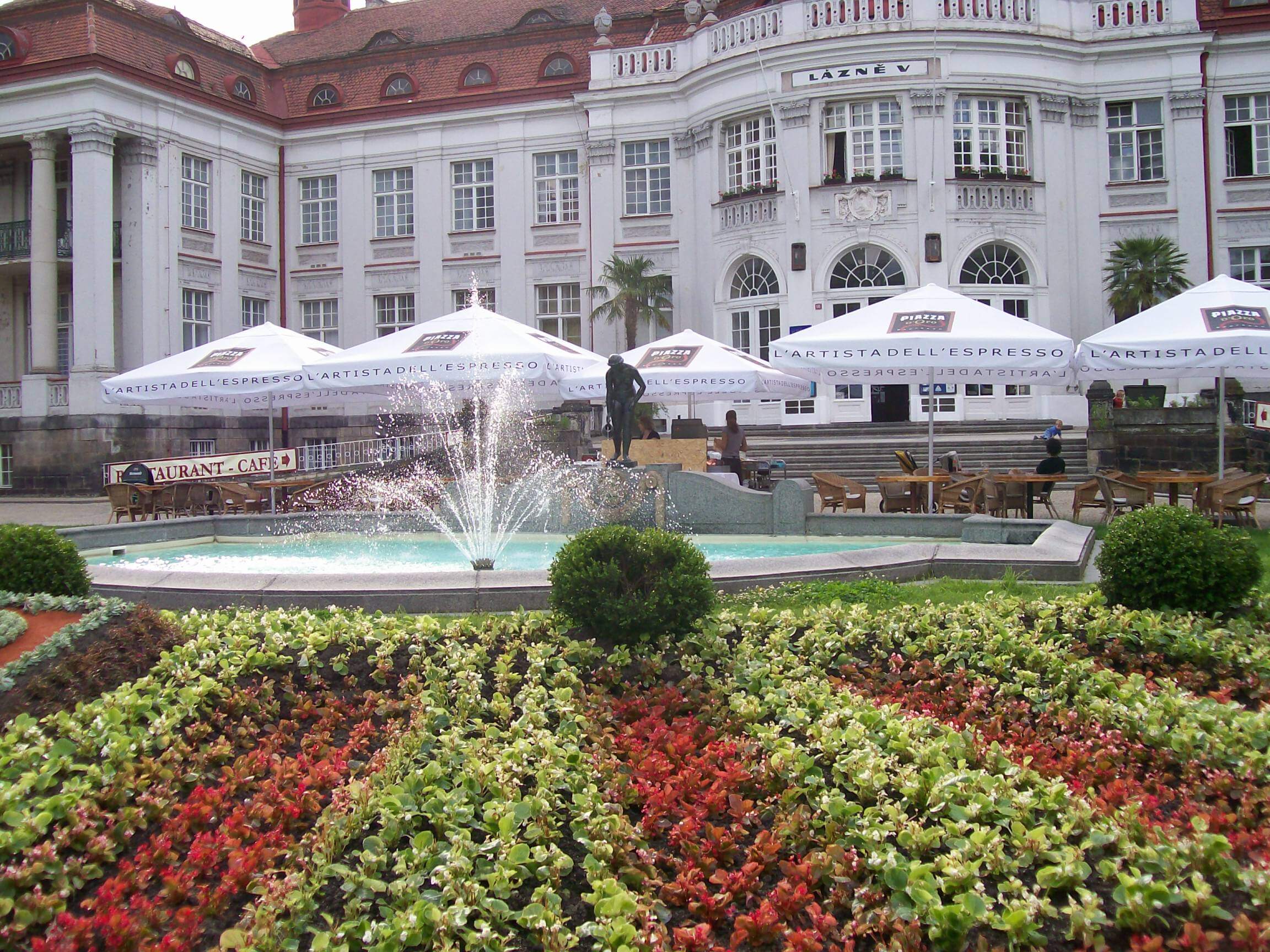 The breathtaking beauties of Karlovy Vary (known also by its’ German name Carlsbad) are not simply worth your attention, it inspires admiration and respect! By becoming one of the admirers, you add yourself to a list that includes Beethoven, Peter the Great, Schiller, Chopin and many other famous artists.

Karlovy Vary is the home of various warm springs, established in early 1368. Ever since, it has been the preferred destination for holidays, as well as the host of many international conferences and festivals. Covered with amazing gardens and creative flower arrangements, Karlovy Vary is Europe’s “Venice of healthy waters”.

Thanks to the marvelous architecture and timeless residences, the small city takes you back in time. Many luxurious hotels and residences host Europe’s elite, so staying too long might turn a bit more expensive than you expected. Regardless of your budget, it is a highly recommend destination because of the many spas and colonnades.

Below is a guide to where you can find the most famous springs:

It is not a myth: wherever you turn there will be warm water running. Let the sightseeing route take you to Mill Colonnade, a large corridor stuffed with hot springs. The Colonnade was built in 1881, in neo-renaissance style, melting inside the beautiful square on the Tepla River.

The water temperature of the four main springs is above 50 degrees Celsius (the hottest one reaching even 65).

Highly recommended for Instagrammers on the hunt for awesome urban landscapes. Ever since the 16th century, Hot Colonnade greets visitors with hot geysers of mineral water and beautiful constructions above them. Architects made sure you would have an ‘ultimate experience’, walking along the Baroque buildings, the Classical Colonnade and the wooden fences on the sides. For passionate adventurers, the hosts organize underground spring excursions.

Each minute, the geysers produce over 2000 liters of curative waters. They are the only springs in Karlovy Vary where one can have a bath and drink the water. The temperature of the water is very high, reaching even 70 degrees Celsius. 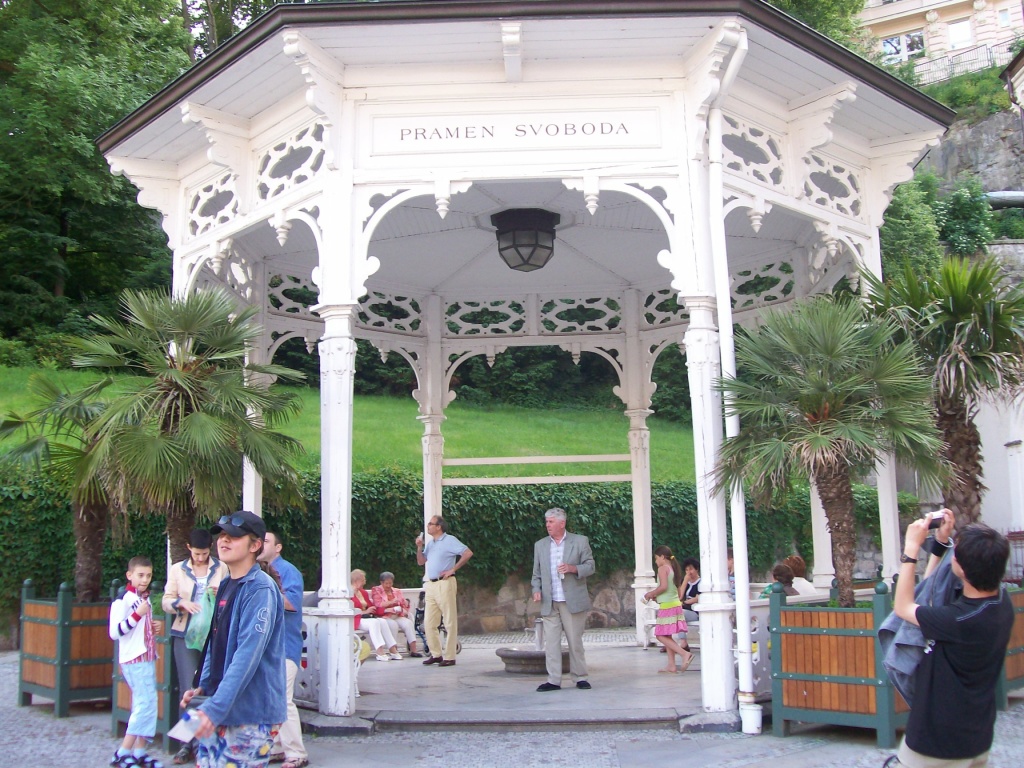 If you asked a local to direct you towards the most touristic place in Karlovy Vary, you would arrive to Market Colonnade. Quickly, you will be absorbed by an exquisite atmosphere of the carved wood temple, the live statues and the charming musicians. The temple was built in the late 19th century in recognizable Swiss style. It underwent many expensive reconstructions, but the core spring area remained unchanged.

Market Colonnade has three main springs: Charles IV, Spring of the Lower Castle and the Market Spring. All of them are freely accessible. Once again, the water is fairly warm.

Getting there and pricing:
Transport: Karlovy Vary has its own airport (KLV), but most people go to Prague (Ruzyne Airport) first. Depending on the departure point, low-budget tickets can easily be found (Wizz Air, EasyJet). Once in the Czech Republic you can easily move about with local transport. Public transport and guided tours are also available. You can also rent a car for approximately 100 euro per day.

Prices: Due to its history, Karlovy Vary hosts the European and international crème de la crème, which can undeniably affect a normal tourist’s budget. Depending on the restaurant, a solid dish may cost 50 euro, while the prices of coffee and snacks vary between 2 and 5 euro. All of the hotels are located in the centre, so accommodation prices will depend mostly on how beautiful and classy your room is. The best, five-star hotels (Olympia, Dvorak, Imperial) cost 150 euro per night, while the cheapest ‘on-budget’ option would be a 50 euro minimum.